Home » Blog Travel Tours Blog- Here you can find all our articles! » Help the Homeless at Christmas in Madrid

Help the Homeless at Christmas in Madrid 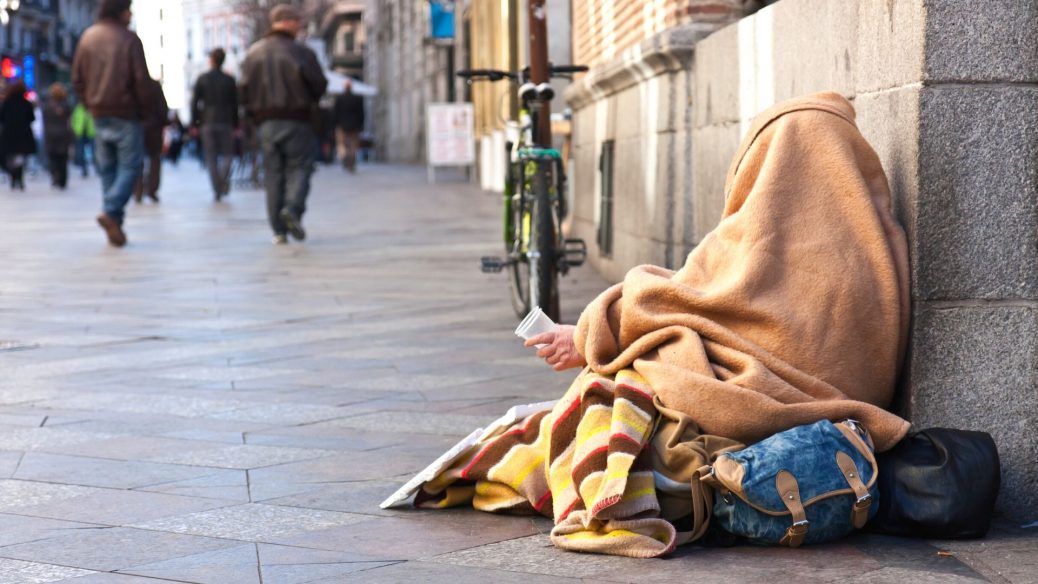 How many times have you stopped for someone, asking for alms in a corner or in the metro?. Have you seen people dragging carts full of junk?. And sleeping under some cartons in a bank, or in front of an ATM?. They are homeless. Who are part of the sad urban landscape in many Spanish cities, especially here in Madrid. With no place to go, chair to seat or food to eat. Hundreds of those homeless are trying to find some warmest place to against the winter.

According to “Cáritas Española”, there would already be 40,000 homeless people around the country. And Social assistance is insufficient and does not meet their needs. The resources are focused on attending the emergency, not on social reintegration.

At least 700 shelter places would be missing in Madrid. in addition to those that already exist. According to the census conducted by the Madrid City Council, there are more than 650 people sleeping on the street every day. And an occupancy level of 95%.

Be homeless is not a condition that you can choose. They accumulate traumatic chain experiences that make them lose their emotional stability, financial resources, and their support network. Our social protection system is insufficient for the fall caused by these circumstances.

What does Christmas mean for a homeless?

While many people may be reveling in the festivities in the lead up to Christmas, those who are sleeping rough on the streets don’t have the same luxury.

However, with Christmas widely regarded as the season of giving and spending time with loved ones. Lending a helping hand to someone in need around this time of year can have an especially huge impact.

“No one should have to wake up without a home on Christmas Day, or any day,”

What can we do?

Walk around the areas where homeless people usually find themselves. Sharing a hot coffee with them is the excuse to talk, overcome loneliness and establish a relationship of ‘equal to equal’.

Providing homeless people with care and support is an important course of action throughout the year, not just during the festive period.

There are many ways for you to do your bit to help the homeless at Christmas, from donating food and clothes, to taking part in an exciting “Helping homeless in Madrid”.

Here are some ways that you can make a positive difference for someone living without a roof over their head:

7 THINGS YOU SHOULNT’D DO IN MADRID

1.Grocery for those in need:

While you are doing the shopping for Christmas, why not considering to shop for two?.

An extra bread, juice or chocolate, for those that will spend their night on the street.

They love their pets just like you do with your own. Have an act of consideration with their dear partner, will remind them that can always count on someone.

There are so many foundations in the city to help others. Make a contribution will let them keep doing its amazing labor, helping others.

Like Solidarios, they create equal relationships and share the joy, trust, vision of life, personal trajectory, illusions … that enrich both the volunteer and the homeless.

The Albergue San Juan, provide comprehensive care to the homeless in order to improve their quality of life. They provide accommodation and maintenance, psycho physical rehabilitation programs, social integration, and job placement. The ultimate goal is to help rebuild their own vital projects.

If you’d like to join a real force for change, then take part in a Helping others event in order to support the homeless at Christmas.

On December 23, Madride Travel is hosting it’s monthly but especial, helping others event, where you can share with others food, clothes or something to make a change on their Christmas.

“We can make a real difference by taking part in any help”. Volunteering with organizations that support the homeless at Christmas. Is an effective and fulfilling way to have a positive impact on the lives of many.

The Community of Madrid has a program such as other organizations, where you can join to make a difference.

Remember, Christmas can be a difficult period for some people and it is important to try to make a difference with them.