If you would like to do something special with your partner this day, Valentine’s Day party in Madrid is the best option!

Did you think about the Valentine’s day gift for your loved one? Valentine’s day is celebrated all over the world, but we shouldn’t wait one special day to express our love to our partner, we should do this every day! 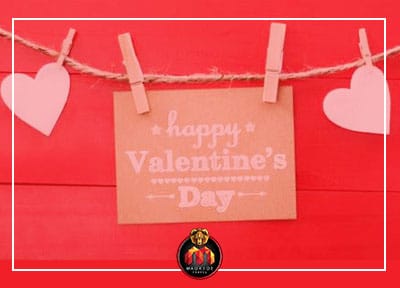 The story of St. Valentine

The story of Valentine’s Day dates back to the third century when Emperor Claudius II Gothicus ruled the Roman Empire. The Emperor was called the Cruel, because of his tendencies to get into wars and abusing his people. In fact, he was getting in wars so often that he had a lot of difficulties to recruit enough soldiers. Regarding these difficulties, Claudius started to believe that men refused to be recruited for the army because they didn’t want to leave their loved ones and families, and he decided to cancel and ban all marriages and engagements in Rome. This tyrannous act made thousands of couples loses their hope of matrimony and life in a family.

No one seemed interested enough to stand up for all of these couples, but a simple Christian priest, Valentine, did come forward and stood up for love! Despite the emperor´s orders Valentine began to secretly marry soldiers before they would go to war.

In 269 A.D. Emperor Claudius found out about all the secret wedding ceremonies, and he had thrown Valentine into prison and deemed that he would be executed. While he was in jail, Valentine fell in love with a blind girl, the jailer’s daughter. On the night of his execution, he wrote a love letter to her. Since he didn’t have any writing instruments, he used the ink squeezed from the violets to write the love letter. The legend says this letter was so romantic, that it made the blind girl see again.

St- Valentine gave his life so that young couples could be bonded together in matrimony and have their life together. Roman executioners killed him, but his spirit has never been forgotten. Centuries after his death, the story about a priest and his sacrifice for love was legendary in Rome, until, eventually, Valentine was granted sainthood and the Catholic Church decided to create a feast in his honor.

Why did they pick the 14th of February?

Well, this is another curious fact. They picked this date to celebrate St. Valentine because of the ancient belief that birds, particular lovebirds, owls and doves, begun to mate on 14th of February.

There are other claims that say that the Christian church picked this exact date because they wanted to Christianize the pagan celebration of Lupercalia. Lupercalia was a fertility festival dedicated to the Roman god of agriculture, Faunus, and the Roman founders, Romulus and Remus.

The festival was celebrated by the order of Roman priests called Luperci. They would gather in the cave where it was believed that Romulus and Remus were raised and cared for by a she-wolf or “lupa”. The priests would sacrifice a goat for fertility and a dog for purification. After this, they would strip the goatskin, dip it in the sacrificial blood and take it to the streets, where they would gently slapping women and crop fields. Not very pleasant tradition, huh? Well, the Romans didn’t think like that. They would actually welcome the touch of the goatskin because they believed that it will make them more fertile in the coming year.

According to the legend, later in the day, all the young women in the city would place their names in a big urn. Each one of the young men in the city would choose a name from the urn, and become paired with the chosen woman for a year, and usually ended up married.

HELPING OTHERS IN MADRID

(include: entrance to 4 bars and a club, welcome shots in each bar, special discounts on drinks)

Sign up for the Valentine’s Day party in Madrid

For the Valentine’s day party in Madrid we will have different games and of course special gifts for the winners!

If you bring your partner, your future partner or a special friend you will have 20% of discount for the pub crawl! 🙂